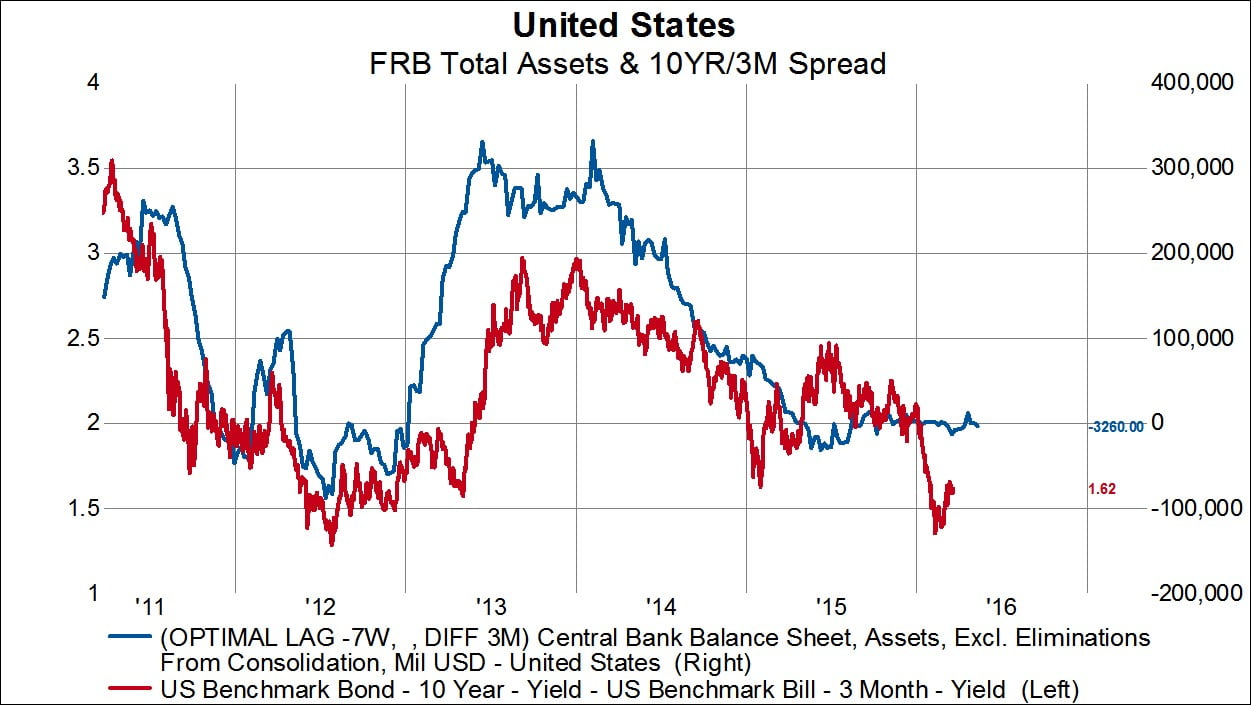 Because the Internet is made up of a complex matrix of physical, business, and international relationships, how these systems interact and collaborate is actually very important to the end-user and those providing Internet services and content. The greatest concern impacting online resources from eBay to the Bank of America is the potential financial pressure brought on by the largest Tier 1 networks. As the only networks in the world having global Internet visibility, these few companies, including AT&T, Sprint, Verizon, Level 3, and Cable and Wireless, facilitate access to the global Internet – a function which people and companies worldwide depend on to ensure small networks and content providers are available through their local service providers.

Summary show
READ MORE :
Roadblocks in the Internet Community
Breaking Down Barriers
Adding to the Cause
What Can the American Internet-Connected Community Do?

The Tier 1 world was born at the demise of NSFNet (National Science Foundation Network). In the early days of Internet development, the NSF supported developing a large publicly funded academic and research network throughout the United States and connecting many foreign academic networks to the US as a hub through the International Connections Manager (ICM Network). However, ass commercial Internet development grew in the early 1990s; the NSF realized it was time to back away from publicly funding the “Internet” and grant contracts to large US carriers to take over responsibility for the former US Domestic backbone and ICM portions of the NSFNet.

Small Internet exchange points (IXPs) were also funded, allowing the large networksto take over NSFNet assets ands their own commercial Internets to connect and share Internet traffic. Those network access points (NAPs) were also contracted to the large US carriers, who managed the US and International network exchange policies. Thus, thee large US carriers ultimately had control of the networks, and were the original Tier 1 Internet providers.

Roadblocks in the Internet Community

Debates around net neutrality highlight some underlying issues. The goal of net neutrality is to preserve the open and interconnected nature of the public Internet. But whether the largest networks use their control to hinder growth and innovation within the Internet-connect business community or impede free access to Internet-connected content sources, they have the power and control which could present challenges to an open Internet environment.

A Tier 1 network, for example, has the power to charge a major content delivery network (CDN) a premium to access its network. This is because the CDN may deliver a very large amount of content traffic into a network, and the Tier 1 network believes they should receive additional compensation to fund additional capacity needed to support content distribution. This premium may be more money than the CDN is willing or able to pay. In turn, if the CDN doesn’t comply, the Tier 1 can ultimately refuse the CDN access to its network and cut its consumers access to the CDN’s content. This applies whether consumers access the Tier 1 directly or if the Tier 1 is the middle-network between consumers and their Tier 2 or 3 networks.

A voice-over-Internet Protocol Company underscores another potential conflict of interest. For example, let’s say you’re a consumer of a Tier 1 network that’s also a telephone company, and you want to use a VoIP company, such as Vonage. But the Tier 1 doesn’t want the VoIP company to compete with its network and would rather that you use its own telephone product, so the Tier 1 may prevent you from using your VoIP company. In other words, a Tier 1, in developing its own commercial VoIP product, can prevent non-owned VoIP traffic from passing through its network.

While Tier 1 networks hold value for much of the Internet world, they also impose many political and financial barriers on smaller networks, content delivery networks, emerging VoIP companies, online gaming businesses, B2B and online commerce, and entertainment websites. As a result, Internet Service Providers (ISPs), CDNs, VoIPs, and many others need an alternative method of communicating with each other – one providing tools to redesign how relationships and interconnections bond the US Internet content and access communities.

One objective in building efficiency and delivering content resources to end users is to flatten existing Internet architecture. Whenever possible, you eliminate the Tier 1 Internet networks from participating in delivering content resources to end-users. How do we accomplish this task? One option is through the development and use of commercial Internet Exchange Points (IXPs), a location where many Internet-enabled networks and content resources meet to interconnect with each other as peers. According to Wikipedia, an IXP is a physical infrastructure that allows different Internet Service Providers to exchange Internet traffic between their networks (autonomous systems) by means of mutual peering agreements, which allows traffic to be exchanged without cost. An IXP is essentially a physical switch in a carrier hotel or data center with the capacity to connect thousands of networks together, whether content providers or network providers.

Today at the Any2 Exchange, an IXP built within One Wilshire, on a single switch 125 different networks interconnect and are freely able to pass traffic amongst each other without having to go to a Tier 1 for routing. Members pay a small annual fee to the Any2 Exchange for the one-time connection and then benefit from the “peering” relationships among members of the Internet exchange. Akamai, for example, a large content distribution network company that delivers streaming media and movies on demand, can connect to American Internet Services, a Tier 3 ISP in San Diego, Calif., through a local or regional Internet exchange point such as the Any2 Exchange, the Palo Alto Internet Exchange (PAIX), or other large exchange points operated by data centers and carrier hotels.

When an American Internet Services user wants to watch a movie that’s available on Akamai’s content delivery network, the data is passed directly from Akamai to American Internet Services – and subsequently to the end-user – without transiting any other network. Thus, not only has the goal of being less reliant on a Tier 1 been achieved, but the performance is superior because there are no “hops” between the CSP and ISP. Anytime you’re able to cut out the transit network, you increase the end-user experience. Plus, it’s more economical, as in most cases, the CDN and ISP have no financial settlement for data exchanged.

The European IXP model, which is more mature and robust than the US model, highlights the important function of IXPs and how an exchange point alone can help influence the net neutrality debate. In Europe, Internet service providers and content delivery networks look to the IXP as their first connection point, and if the IXP doesn’t have what they’re looking for, only then will they go to a Tier 1 or large Tier 2. Americans, on the other hand, partially due to geographic size

Overall European IXP traffic grew at a rate of 11.05%, compared to America’s rate of 7.44%, according to the European Internet Exchange Association in August 2007. This can be attributed partly to greater member density in Europe – the London Internet Exchange/LINX has more than 275 members – where the larger the addressable community, the larger the traffic exchanged and the more the members want to get involved. After all, a network effect (exponential growth of a community) and the “Law of Plentitude” (the idea that once an addressable or social community reaches participation by 15% or greater of a total community.

It becomes a risk to not participate in the emerging community) motivate European companies to use IXPs. Additionally, Europeans generally have lower entry costs for participation, giving companies every reason to participate in the IXP-enabled peering community. If one were to buy access to 275 networks through a Tier 1, the cost would be astronomical, but through a single connection to LINX, one can access 275 networks for a nominal fee. This is why European companies rely on IXPs 60% of the time, and only look to Tier 1 or 2 networks 40% of the time.

In contrast, American ISPs normally look to larger wholesale and Internet transit providers first and then consider reducing their operational expenses via an IXP as a second priority. As a result,  American ISPs companies use IXPs at a more meager 15% rate, looking to larger wholesale and transit Tier 1 or Tier 2 networks 85% of the time. Still, recent American IXP traffic growth does exceed other regions, such as Japan (+5.85% in August) and the rest of Asia (+4.3% in August), which we believe is a result of increased price pressure on the American IXP industry. Newer IXPs, such as the Any2 Exchange, have lowered entry costs significantly, forcing others to follow suit and encouraging more networks to participate. As the cost of entry to IXPs continues to fall, participation in IXPs will become more common and attractive to all access and CDN networks.

What can we learn from the European model? First, participation in an IXP can increase performance, lower operational costs and expenses, and bring an additional layer of redundancy and disaster recovery capacity to even the smallest networks. But most important, companies’ independence from Tier 1s through the collective bargaining of the exchange points puts them in a stronger position to deal with large networks than our position allows for in the US, where the vast majority of people have their primary Internet connections through a large Tier 2 or Tier 1 network provider.

Adding to the Cause

For American ISPs that pay anywhere from $20-to- to $40/Mbps when connecting to Tier 1 and Tier 2 networks, the cost of delivering applications and services to end-users who require much larger network and bandwidth resources is one of the obstacles that need to be overcome. But without broad participation in IXPs, access networks have a difficult future, as do content providers who will find that the cost of delivery to end users becomes much more expensive if Tier 1 and Tier 2 networks increase the cost of delivering both wholesale and end-user Internet traffic.

What Can the American Internet-Connected Community Do?

Whether through price increases or monopolistic practices, the largest networks are currently writing the rules for a global Internet product. They gradually merge and acquire competition, reinforcing their influence in wholesale and transit network share and presence. Opportunities for network peering decrease with each merger. Carrier hotels and large data centers in the US can support positive change in the Internet peering community by creating or supporting open and low cost Internet Exchange points promoting network peering and content delivery to all networks. Reducing barriers to entry and the cost of wholesale or transit networks will allow Internet network and content companies to focus on delivering network access and services. The ultimate winner is end users who will enjoy a lower cost, higher performance Internet experience. 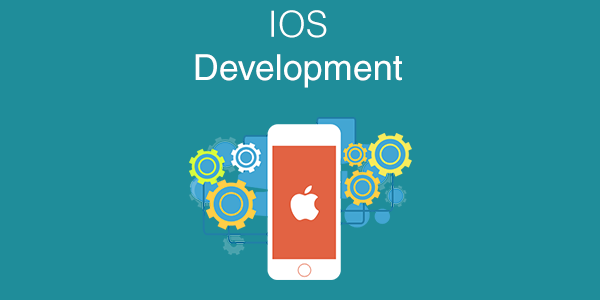 What Apple Has In-Store For Us, With IOS 9

The Best Car Deals – Low Finance Rates Vs Rebates – Which Should You Choose?

Features and Functions of the New Pajero Sport